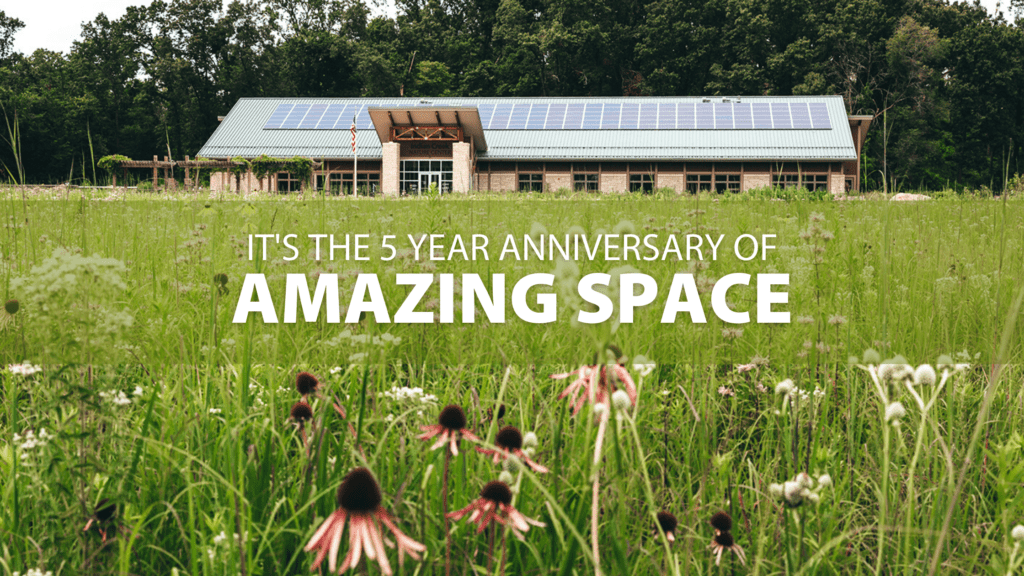 A look at the past, present & future of Amazing Space

To celebrate, we’re looking back on our amazing history. In a few short years, we’ve come a long way.

Indian Creek Nature Center has always kept sustainability at the core of its mission. Even in the early days, the Nature Center was a significant leader in environmental stewardship, from land preservation to responsible building practices. 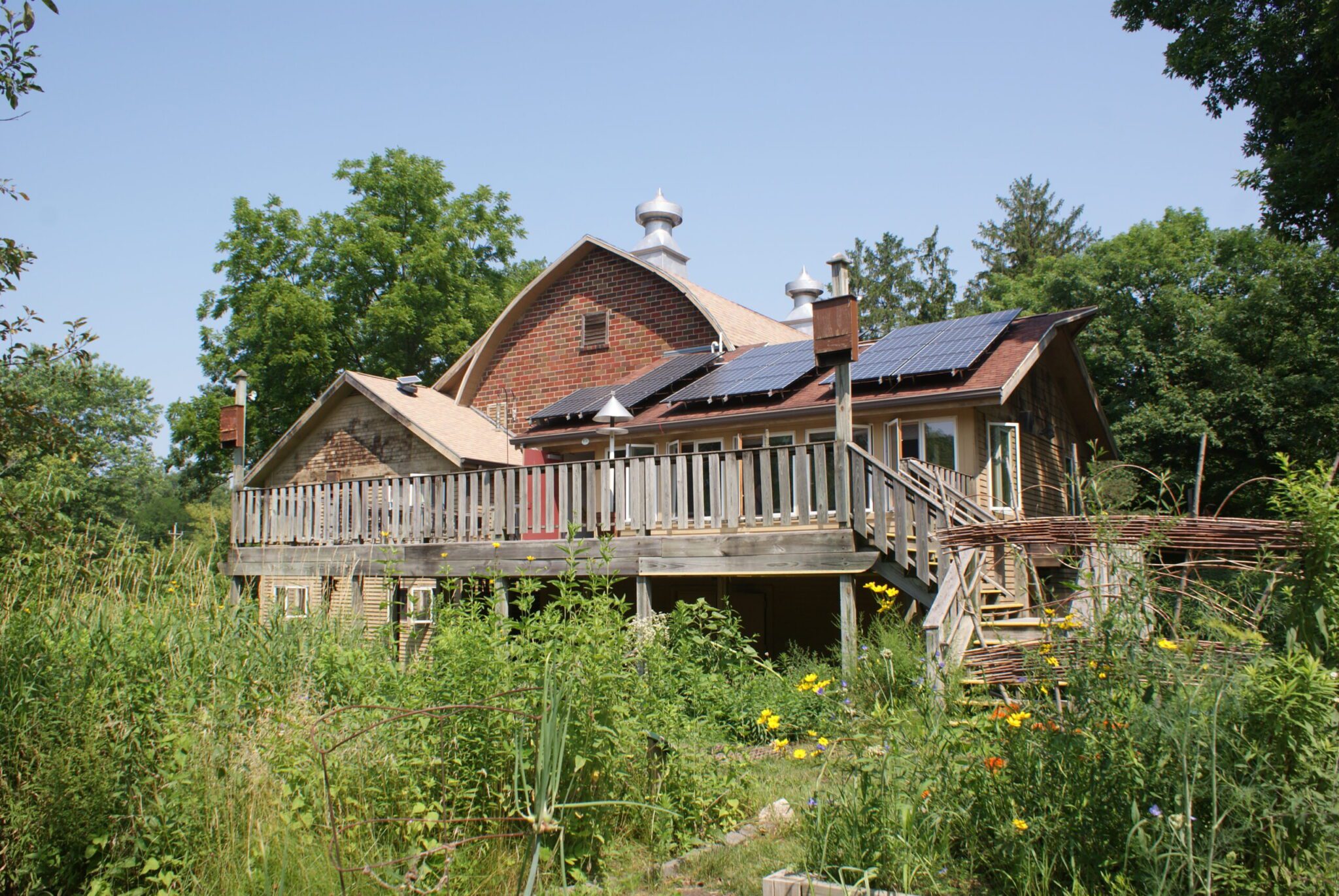 In 1993, ICNC was one of the first organizations to install solar panels in the state, and was a model of sustainable building features. But after nearly four decades in the Penningroth dairy barn — the original home of ICNC — the Nature Center’s programming and attendance had increased to the point where it was becoming increasingly challenging to meet the demand and serve more people. The aging space began to feel as though it was bursting at the seams.

After the flood of 2008, the board, staff, and other stakeholders began to vision for the future. What was ahead for the Nature Center? What facilities were needed? How could we model sustainability even more? This planning increased in 2012 with the announcement of a succession process which would see the transition from Rich Patterson to John Myers as executive director, as well as the launch of a formal capital campaign feasibility study. The outcome of that study was clear: ICNC must continue to grow, focusing on its roots in sustainability.

Not only would the new space need to meet the needs of the community, it would also aim to be among the most sustainable buildings in the state (and, ultimately, the world).

The board and staff decided to pursue the Living Building Challenge — a multi-year and multi-million dollar project. And so began the Amazing Space campaign. In addition to the environmental aspects of this campaign — constructing a regenerative building that would give back to the earth more than it took — the campaign would also invest $1 million into ICNC’s endowment to increase the organization’s long-term financial sustainability.

After exceeding the fundraising goal by more than 10 percent — raising more than $7.6 million from individual donors, foundations, and corporate sponsors — the Nature Center began construction on land just down the road from the Penningroth barn. A portion of the land was purchased from the Bena family between the 1990s and the 2000s, and another portion was gifted by the city in 2015. The community buzzed with excitement.

The building process was overseen by a building committee and ICNC’s Director of Land Stewardship Jean Wiedenheft. The two years it took to create the building were not without surprises. Many obstacles were surmounted with solutions that connect people and nature within built environments, an approach called biophilic design. One such example is the Ornilux glass for the bird room. While seeking a way to limit bird strikes, the team found Ornilux, a glass that appears clear from the inside, but on the outside mimics a spider’s web. They found their solution in nature: birds do not fly into spider webs.

Before the building could open, one more decision needed to be made. What would it be named? After some deliberation, the board decided it was simply too amazing to drop the word from its name. It was, after all, an Amazing Space. So the name stayed. 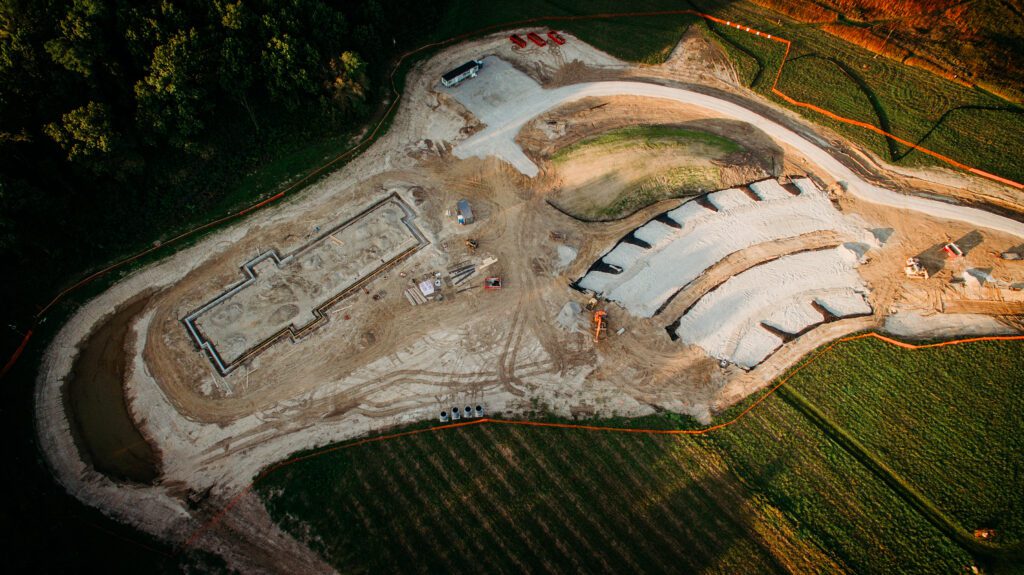 After construction was completed in September of 2016, Amazing Space became the main headquarters of ICNC. That same year, the Nature Center received the largest gift in its history from George Etzel: a 190-acre farm in rural Marion, now known as Etzel Sugar Grove Farm. 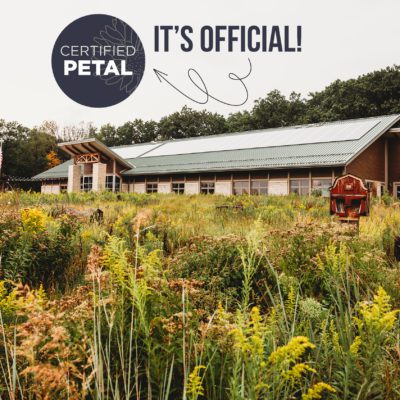 Since the opening of Amazing Space, the Nature Center has seen its annual attendance more than double. Over the past five years, most years have seen over 81,000 visitors. In 2019, just three years after opening, Amazing Space was officially Living Building Petal Certified, acknowledging it as one of the most sustainable buildings in the world. Amazing Space achieved six of the seven LBC petals: Place, Energy, Water, Health & Happiness, Equity, and Beauty & Spirit. Learn more about the certification here.

In Spring 2020 the COVID-19 pandemic hit our community. Amazing Space was temporarily closed, but the trails stayed busy with safely-distanced trail users spending much-needed time in nature. The trails and grounds of the Nature Center became a safe haven and a place of peace. Then, in August, the derecho destroyed more than 60 percent of our woodlands. Recovery continues to this day, as we reconfigure and expand our trail system. Just one year into this million-dollar project, ICNC has made significant progress reopening a majority of trails and enhancing the Věčný Woods property, where we are currently restoring prairie, creating an accessible parking lot, and beginning work on a brand new trail.

Early this year (2021), the Nature Center completed installation of the Indian Creek Exhibit, an in-floor exhibit that had been planned since Amazing Space was built in 2016. Etzel Sugar Grove Farm earned organic certification from the Midwest Organic Services Association (MOSA) for its permaculture field and free-range chicken operations.

And (and!) last week we officially cut the ribbon on our brand new preschool, Creekside Forest School, where we are proud to offer an alternative and nature-based education model to our community. Through its scholarship program, which received its first endowment gift earlier this summer, the preschool is also focused on creating more equitable access for children who historically have the least access to nature-based programming.

All this to say, we’ve come a long way. What started as a bold idea — to construct a regenerative building that would model sustainability in our community — has become a movement. Amazing Space is not only the model we set out to build, but is also a focal point of local environmental education, land restoration and outdoor recreation. A dream come true. But, our work is never done. Even more amazing opportunities are on the horizon, thanks to the continued generosity and support of our community.

Thank you all for being part of the work we do every day to create Champions of Nature. 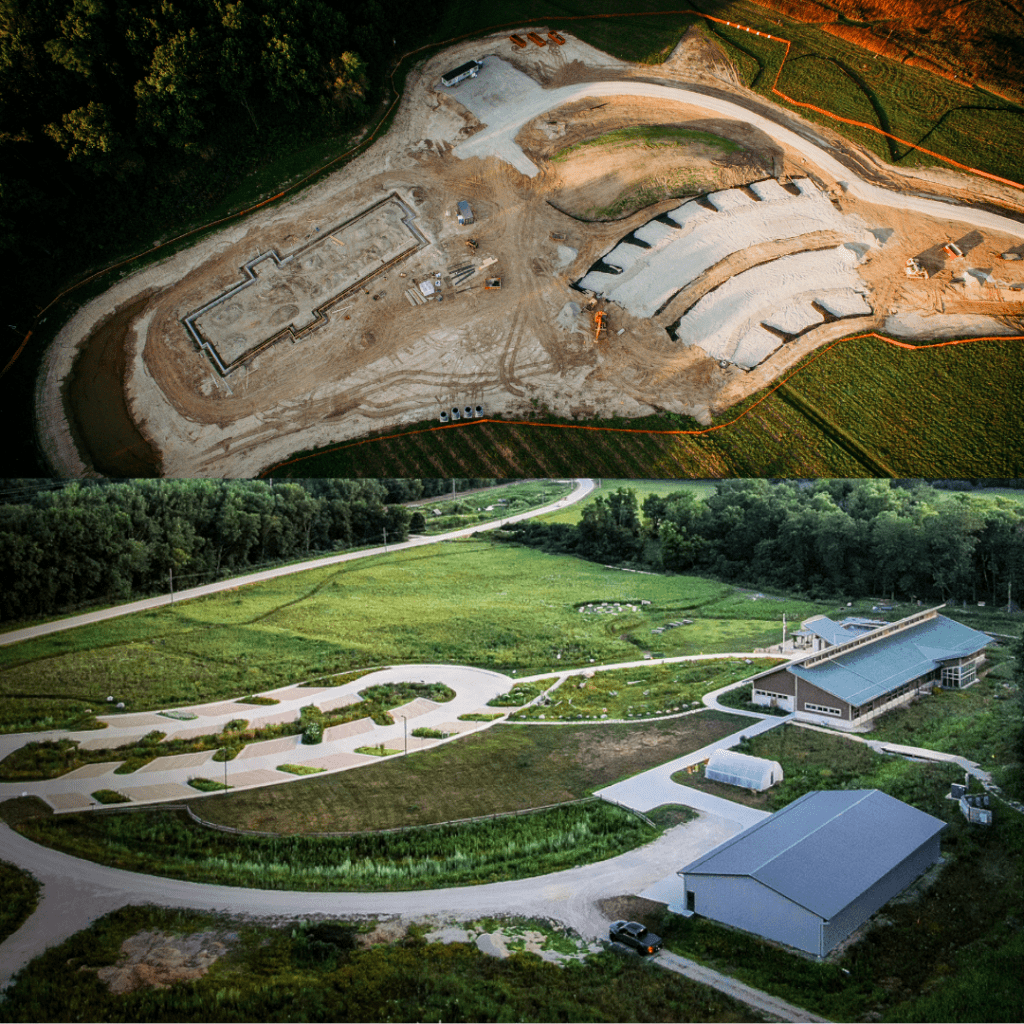 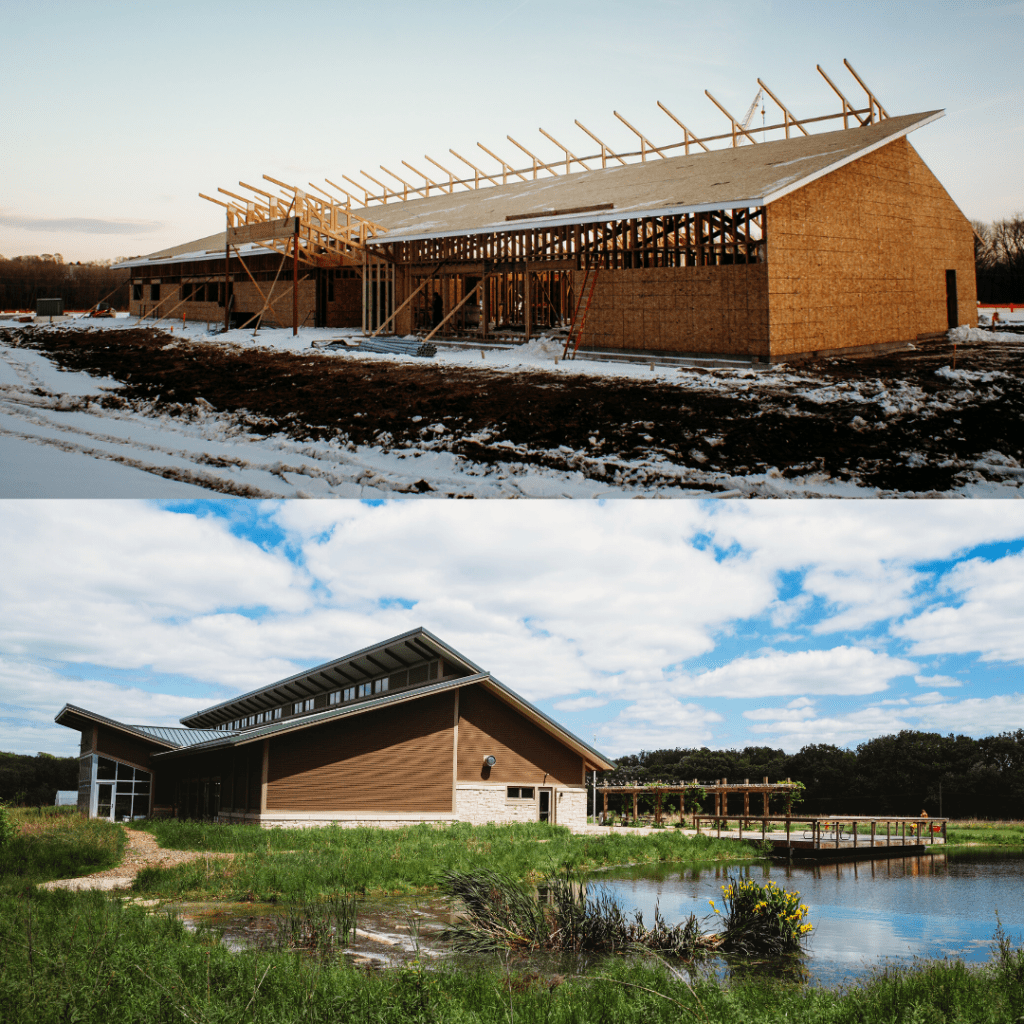 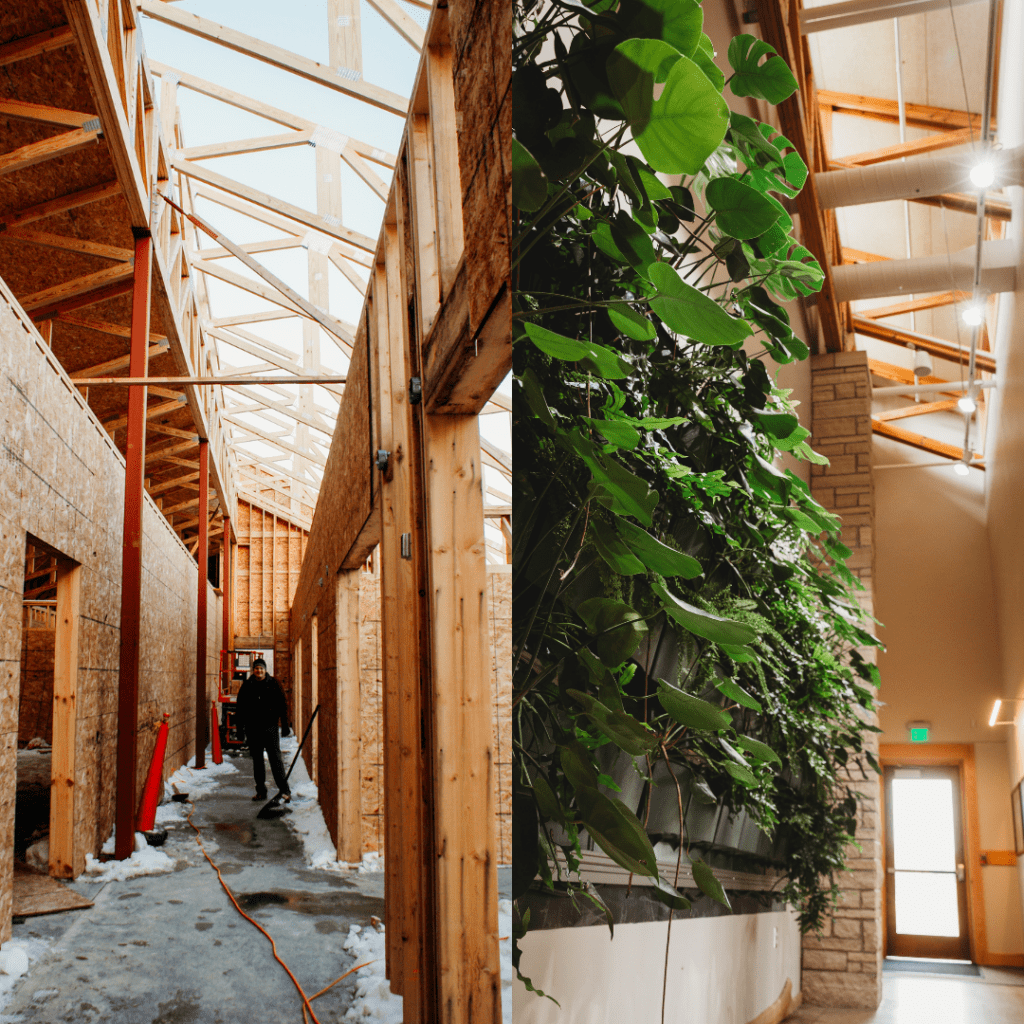 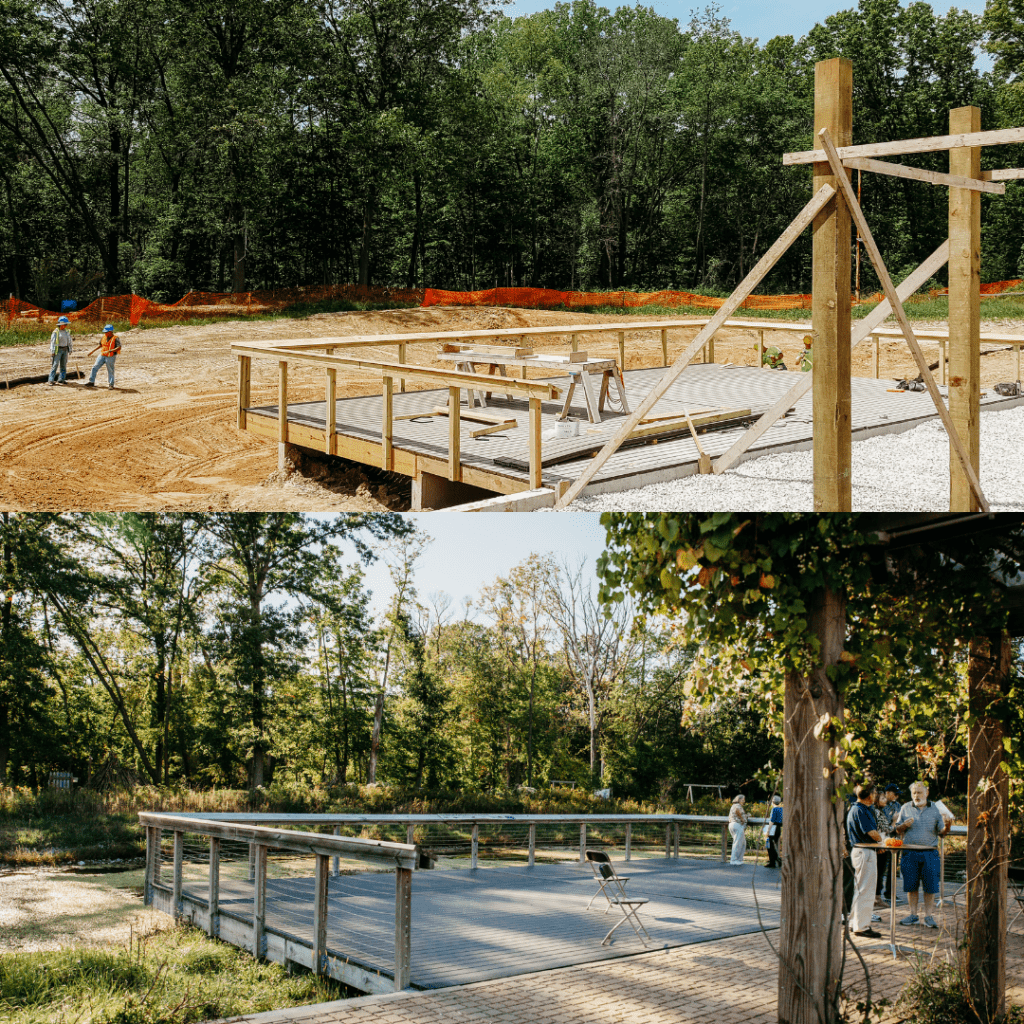 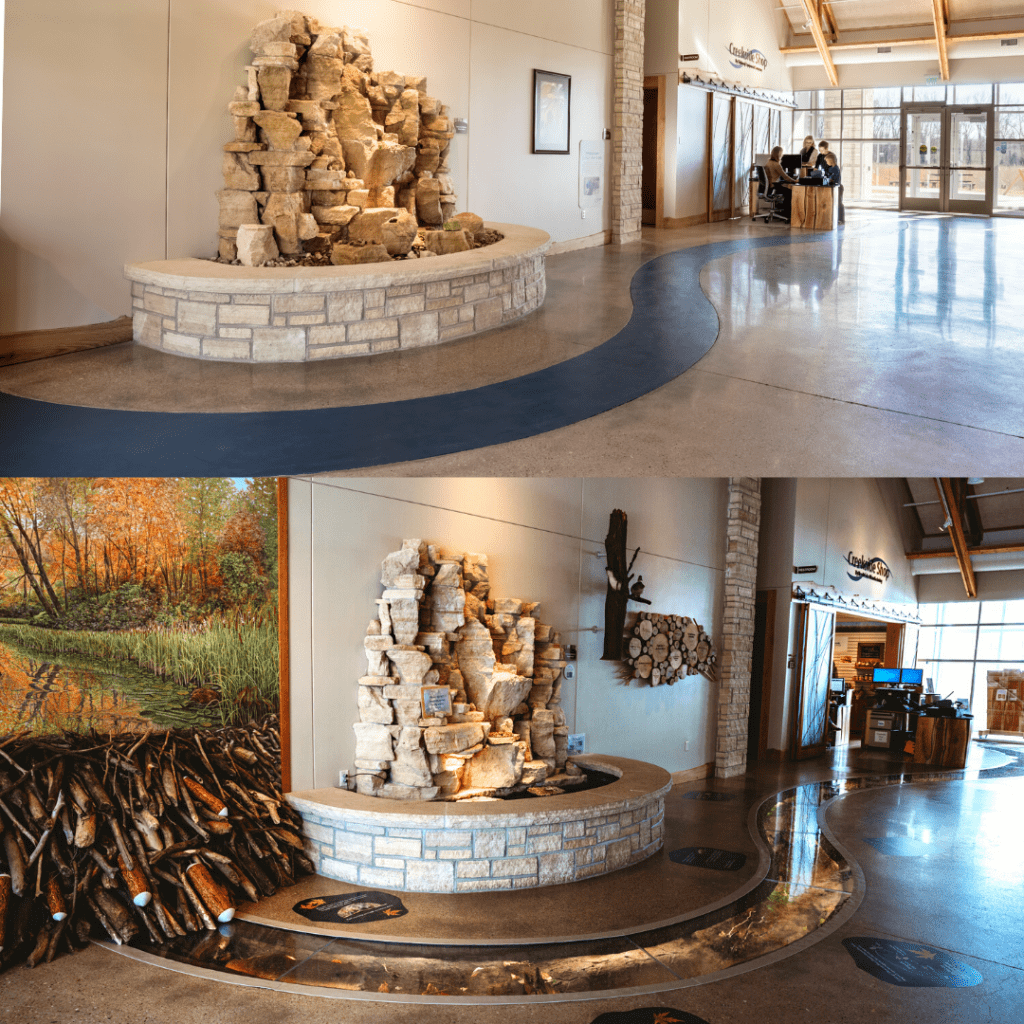 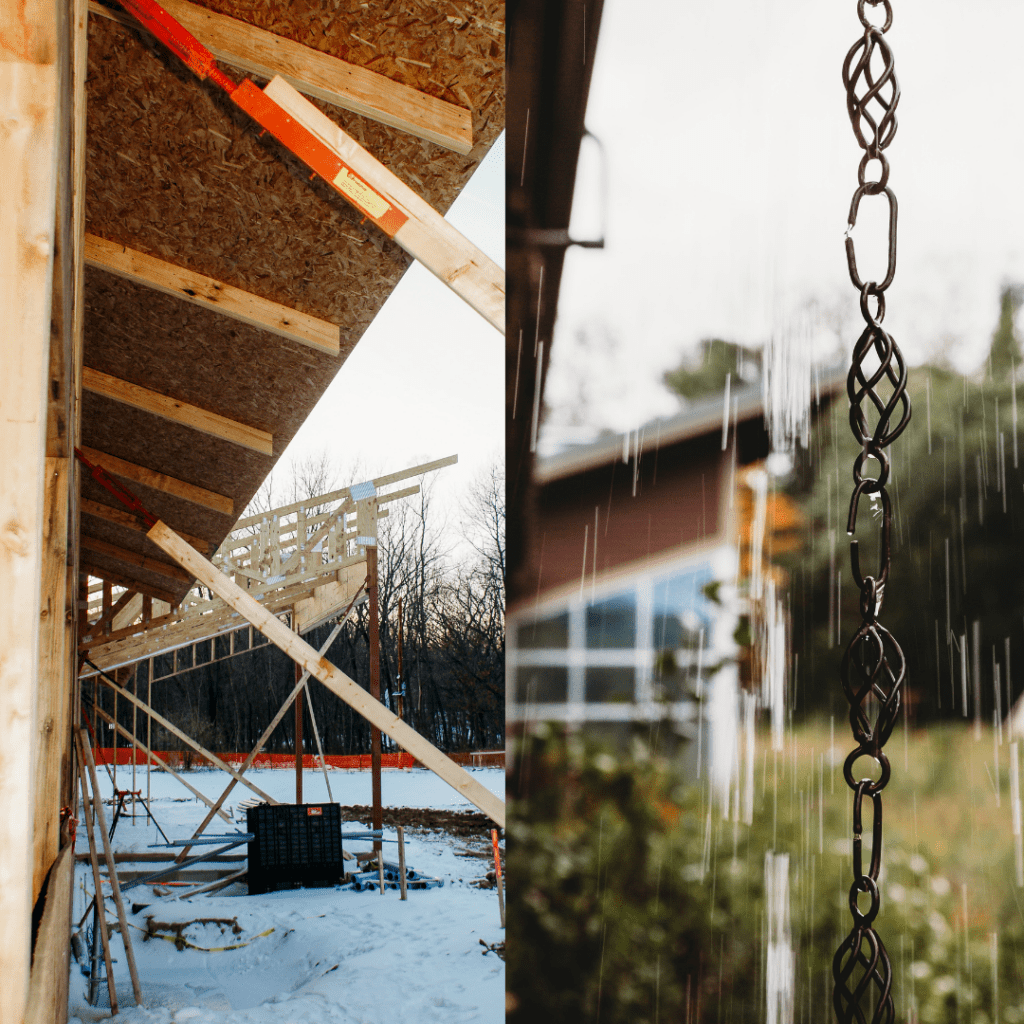 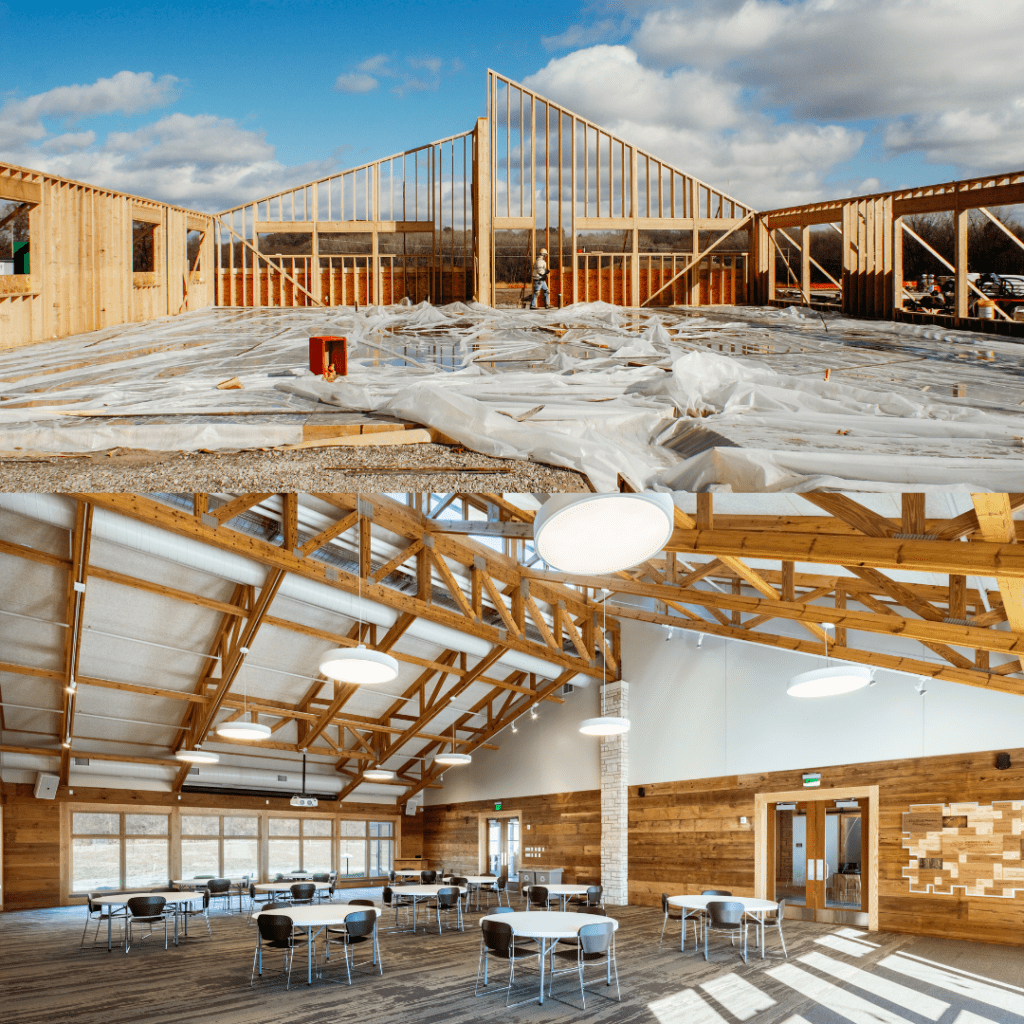 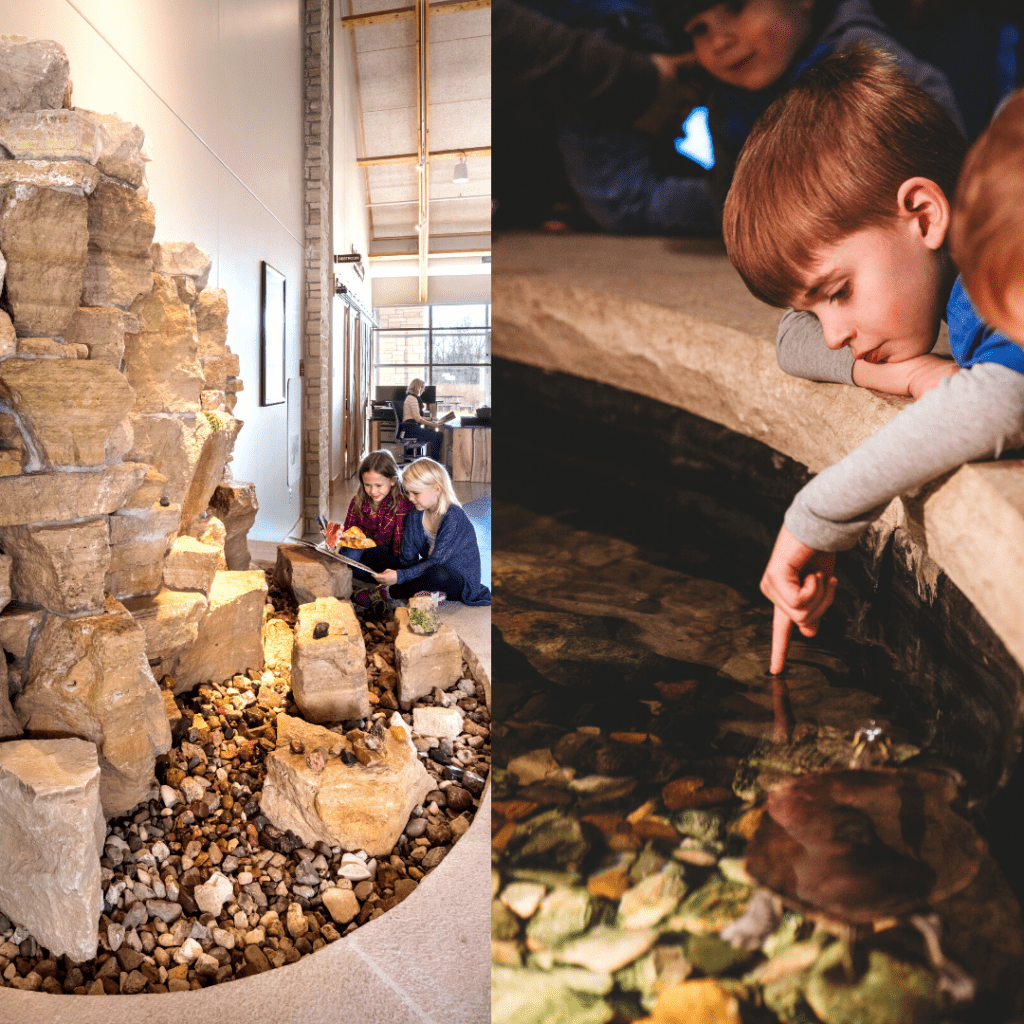 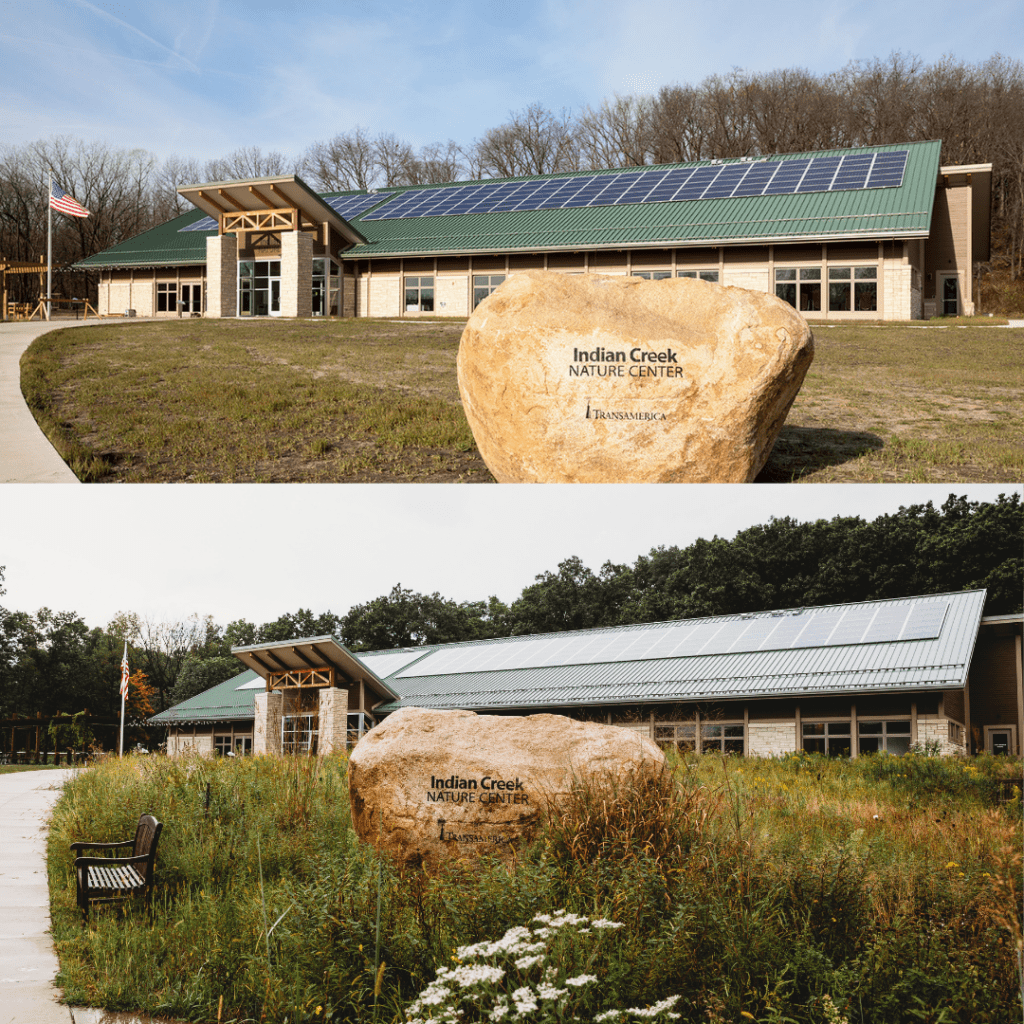