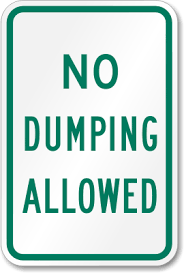 Several months ago, the Nature Center found something very unexpected in one of our animal exhibits: 3 more animals someone had added to the aquarium without permission and while we were helping another visitor. Thankfully, we were able to rehome these animals. But it caused many concerns about the health of our animals and staff time was diverted to manage what was a crisis to our very controlled environment in the animal exhibit. Each is set-up to maintain optimal performance so that our animals are well cared for and kept in good health.

The world of animal abandonment is always painful. The existing animals suffer. The abandoned animal suffers. Occasionally, the intentions are good. Sometimes, they are the result of people not wanting to do the right thing, or the result of people getting in over their heads. Some are endemic to living on the edge of the human-wildland interface.

Animals, just like people, can carry diseases. They may not have physical signs, but when you introduce them, they can create havoc on existing populations. Avian flu is a recent example of sick animals on the move infecting healthy animals with devastating consequences.

Animals are territorial and some have homing instincts. This will lead them to try to get “home” across roads and train tracks; others will fight with local populations.

Non-native animals, such as cats and goldfish, create toxic environmental situations. Goldfish muddy the waters, making it hard for native fish to exist. Cats will hunt songbirds to survive.

So, what are your options if you have an animal that needs to be rehomed?

Leave wildlife in the wild, and select your pets with care. If you don’t take the turtle home, you won’t be looking to rehome it in the future.

If you have a problem with a wild animal, such as a skunk in your garage, make sure the person you hire will either kill the animal or relocate it in a legal and appropriate way. Sometimes killing an animal is the safest and most humane course of action.

Abandoning it at your local nature center isn’t. If you have an animal that you think your local Nature Center may want, call and ask. Often Nature Centers keep some residential animals for education purposes.

If you have a domestic animal that you can no longer care for, take it to a shelter or try finding a home via your facebook page or Craigslist.

If you have a feral cat living nearby, consider participating in a trap-neuter-return program near you. This is a free, nonprofit service that will stop feral cats from reproducing, but allows the cat to live out its life where it is.

Properly surrendering an animal may feel shameful, but it is what is best for all.